For the last 18 months or so, my gaming group has been playing Dungeons & Dragons (5E). The first year was spent exploring Waterdeep, using “Waterdeep Dragon Heist” as the base of the adventure, with the Alexandrian remix   thrown in just to make it more fun and a tiny bit more “logical.”

This is the backstory writeup, which may get more detailed as I remember things. It has been 18 months after all. 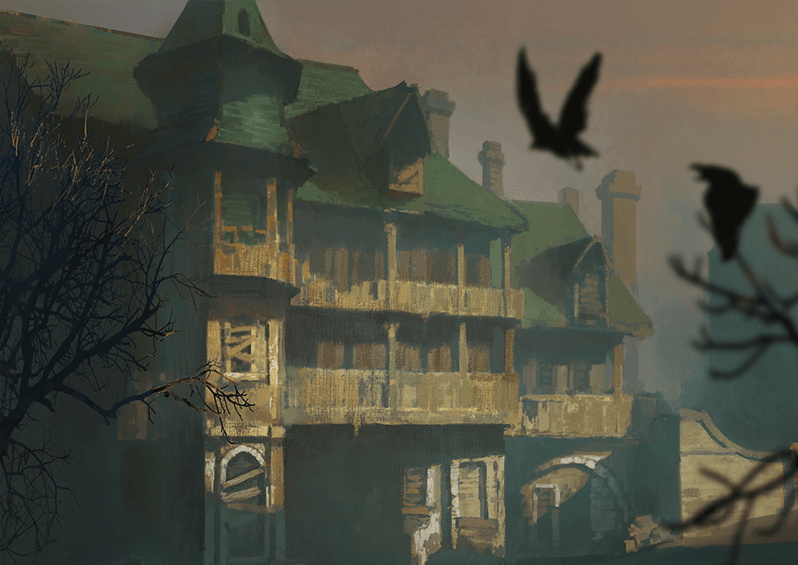 In short, they got a nice tavern, the Trollskull Manor   , and eventually managed to swindle a dragon.

In between, they did some heists. My favorite bit was diving like the “A-Team” from a ship into the bay to escape an angry Drow shipmaster. Some of the might say riding the underwater dragon on a mission to take out some Kuo-Toa was the highlight.

Or being shot in a giant glass ball from a cannon.

I don’t really stick to the module.

After their big win, the party did some personal shopping and some serious upgrading to Trollskull Manor. One very popular upgrade was the addition of magically plumbed bathrooms on each floor. I suggested a novel use of a Bag of Devouring   , but they chose to go the “safe” route.

Another popular new feature of the revamped tavern is a few new monster skulls. At the moment, the main new skull feature is that of a Mind Flayer, the erstwhile Nihiloor, killed in a single round with some fantastic rolls. They use his skull to serve a mixed drink, “The Flayer”, of course. It’s only a matter of time before they get a Kuo-Toa skull in there, I fear.

Now that they are much wealthier, the party has decided to expand into a nearby building or two. The first goal is an Orphanarium for their friends and minions.

While seeking to buy the building - not usually for sale - they were given a challenge. “Find our missing adventurer kid, and we will sell the building to you.”

The kid, of course, was last seen entering the Yawning Portal Well to the Dungeon of the Mad Mage.

The party found a Revenant in a pit, Kopak almost didn’t allow due to his newfound religious thinking, but finally agreed with the party to let the Revenant go, seeking his revenge with the help of the party. Hallath gave them a terribly done, inaccurate map at that time, vowing vengeance should the party also betray him.

A merry chase ensued, with the party chasing Hallath, walking into traps and such, and with the Revenant’s considerable strength, trouncing them.

Halleth led them to the stairs, fairly directly.

The merry crew explore south, finding an empty town, and then a not at all empty Drow Town. After killing the mayor’s pet chimera, they tried to sneak through town, assisted by a scent marker stolen by Kopak, and her background Drow knowledge of how these underground towns usually work.

They almost get through, but end up having to run back north. Seriously, it was so close.

Back North, they find a Drow temple complex after passing through some ancient Dwarven catacombs. For some reason, they just walk by some guards, perhaps assuming the strange creatures were not sentient. This shortly leads to them being ambushed and cut off while they are under attack by a group of phase spiders.